Click here to be whisked away to the world of Aqualon by fantastic, incredible, and sometimes scary stories of all kinds!

Click here to delve deep into the lore of Aqualon and find countless articles on its lands, history, cultures, technology, magic, and people!

Explore the World of Aqualon

- New Secrets for Patreon supporters have been added to these articles:

- Changes to WA caused the core timeline article to appear empty, forcing users to click on the "timeline" tab to view it. This has been fixed: Aqualon Main Timeline

Aqualon Map Raffle, December 2019 uploaded: 2020-01-02 views: 4
And the winner is... Support Aqualon on Patreon and get a chance at winning a laminated and signed Aqualonian map (size A5), plus the occasional piece of merchandise! https://www.patreon.com/aqualon...


Here Comes the Glimmer - Rise of the Broken uploaded: 2019-08-20 views: 11
Learn more here: http://patreon.com/aqualon A dark wind is blowing over the Middle Lands. The Council of Five is broken, and all across the world old powers are rising up out of legend, lured by the threat of a strang...


Let Me Read You: "The Mighty Brammenwoods" uploaded: 2019-08-17 views: 1
#writingcommunity #fantasy #shortstory Fantasy, Science Fantasy, and Science Fiction; Aqualon intersects all parts of this spectrum, presenting itself as a world both rich in magic and advanced technology if you know ...


Let Me Read You: The Secret Sun, January 2019 Issue uploaded: 2019-01-28 views: 6
#writingcommunity #fantasy #story #shoutout Fantasy, Science Fantasy, and Science Fiction; Aqualon intersects all parts of this spectrum, presenting itself as a world both rich in magic and advanced technology if you ...

The Travelers Guide to Aqualon 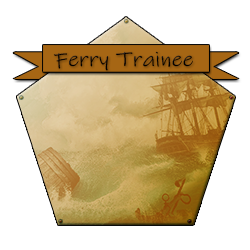 Become a ship magus for hire, an HJT Ferry (in training)! 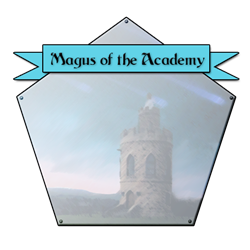 Magus of the Academy

Become a magus of Fulgrath, the most progressive city of the Middle Lands Magocracy! 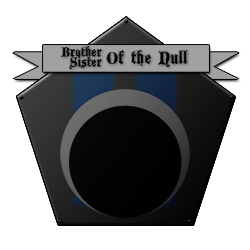 Brother/Sister of the Null

Become a Brother or Sister of the Null, a master of nullmagic and protector of the balance of existence and reality on Aqualon!

Get your Aqualon merchandise on Redbubble

Hello there, my name is Koray; welcome to my world!
Since I've been a little boy, I have been enthralled with the written word, working my way up the reading ladder from children's books to proper novels as quickly as I could, sinking my teeth into the many scifi and fantasy novels in my father's collection.

A Synopsis for the World

A strange planet, forged out of nine floating asteroid worlds 7923 years ago by a powerful magus known only as the Faceless World Shaper now travels calmly around the sun. Tick tock.

Long ago, he united the men of Midgard and Swartalbaheim against the Albenmannen, Jötunmen, and the Old Gods, beating them into submission and remaking the Old World into this new one with the help of Yilik the Wise and the five Grand Sages, who had opposed the Old Gods even before his arrival. Today, seventeen centuries since the Great War of the Age of Heroes when the Old Gods rose up once more in vain, the world has become prosperous: powerful magocracies in the Middle Lands are going through a magical industrial revolution and rich tapestries of cultures flourish in the Yamato Mountain Range and the Seventeen Yonder Islands. These lie in the Corsic Ocean of the Ocean Belt beyond the 150 kilometer band of iron, the Iron Belt, which rings the planet around its equator.

And isolated from the rest: two technocracies so far beyond them that they could be thought to live in a world of their own. These are divided by their opposing views on integrating magic and technology, yet united in their quest for knowledge.

But who would have thought that none of these would start the next great war?